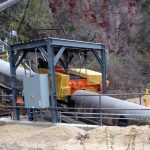 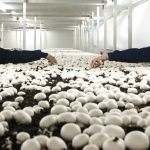 Cannon Holdings, Inc. has started using an Eriez Liquid Line Metal Detector to prevent contamination in chicken slurry produced for its dog and cat food lines. At the company’s 40,000 square foot facility in Quakertown, Pennsylvania, every ounce of chicken slurry passes through the Eriez detector to inspect for metallic particulates that otherwise could end up in final packaging.

The management team at Cannon Holdings, Inc. continually looks for ways to upgrade its processing equipment to benefit its parent company, Pet Poultry, a company specializing in pre-processed animal food.

According to Ben Pittman, maintenance supervisor at Cannon Holdings, the company produces up to 100,000 pounds of slurry each day at the Quakertown plant. The slurry is processed from chicken carcasses that Cannon Holdings purchases from various suppliers. To complete the loop, Cannon Holdings is the main chicken supplier to Freshpet, based in Secaucus, New Jersey.

How Cannon Holdings is using the Eriez metal detector

Cannon Holdings’ plant has other detectors in the facility that pick up any stray bolts or larger pieces of metal before the carcasses are conveyed into a series of grinders. The Eriez Liquid Line Metal Detector, however, now acts as the final defense after the carcasses pass through the grinders and are churned into slurry, according to Pittman.

“We don’t want any metal shavings that come off the grinders to get into the product, so the Eriez Metal Detector was installed to make sure nothing is contaminated,” said Pittman in a press release. “The metal detector has an automatic discharge valve, so any metal that is found drops into a container for easy disposal.”

Food processors use the Eriez Liquid Line Metal Detector to detect the presence of ferrous, nonferrous and stainless steel contaminants in viscous products such as the chicken slurry processed at Cannon Holdings. When metal is detected in the product flow, a reject signal is channeled to one of the available output relays. The output relay can be used to activate a ball valve, control a visual or audio alarm, or send a signal to a PLC. Eriez can provide complete systems in pipe sizes ranging from one-inch (25 mm) to six-inch (150 mm) diameters.

According to Pittman, the Cannon Holdings maintenance staff was able to install the Liquid Line Metal Detector with minimal downtime along the rest of the processing line. The company worked closely with Eriez representative Penn Quip, Inc., based in Ambler, Pennsylvania, for the initial set-up, product testing and final calibrations before going online.